What can a professional services member of staff learn from listening to two highly successful academics share their career pathways? 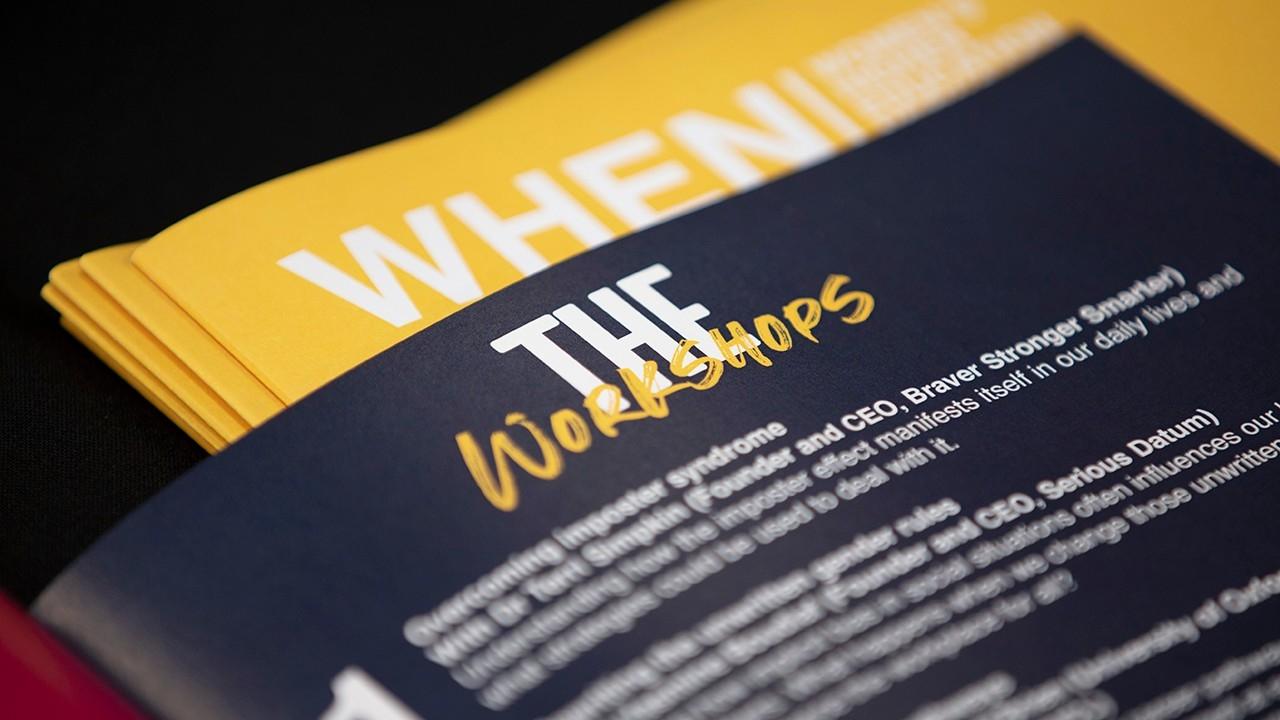 Sitting in on an academic career pathway workshop at this year's WHEN conference might seem like an unusual choice for a professional services member of staff. But actually, we’ve all faced with similar choices in our careers and hearing the inspirational stories about how Karen found herself to be the Head of the Humanities Department at Oxford University, and how Becky found herself as Director of the UCL IOE, gave me some really useful insights about my own career development. Namely about being pragmatic about the choices I face, seizing opportunities that present themselves to me and about seeking out mentoring relationships.

Professor Becky Francis, Director of the UCL Institute of Education

Professor Becky Francis is now the Director of the UCL Institute of Education. As a young person she thought little of her future, and after completing an undergraduate degree, she turned down the opportunity to study for a masters on a scholarship as she felt academia was not for her.

However, scarcity of available jobs during the recession of the early ‘90s drove her re-entry to this world, when an opportunity to take up a PhD scholarship at the University of North London presented itself to her, and she was ready to take it. There she met two women who Becky referred to as being great mentors to her: Professor Sue Lees; and Merryn Hutchings. She later met another great mentor when presenting at the Gender and Education Conference, where Christina Hughes took Becky under her wing and nominated Becky to sit on the Board of Gender and Education Association. She describes the advocacy she received from Christina as being a pinnacle moment in her career.

Becky has two children, with her first, she chose to be the lead carer taking a reasonable maternity break. But with her second child, her husband chose to take over that role, in spite of his work place making this very difficult for him, in order for Becky to continue pursuing her career. A couple of years after the birth of their second child, Becky got her first professorship at Roehampton University. A few years later still, Becky turned down the prospect of becoming Head of Department, instead leaving higher education sector again, to become Director of Education at the Royal Society of Arts. In fact, her career pathway weaved in and out of the higher education sector. The role she held directly before taking up her current one, was back in academia, as Professor of Education and Social Justice at Kings College London.

It was that well rounded experience, that Becky believes made her attractive to head-hunters looking to fill the Director of UCL Institute of Education role, and when that phone call came in, Becky initially laughed in response, at what her imposter within made her feel was a ludicrous proposition.

Becky has been in her post as Director of the Institute of Education since July 2016. She credits the thoughtfulness and generosity of spirit, of the other women who have (informally) mentored her with her own career success, the collaboration of her husband, and in taking serendipitous opportunities when presented with them.

Karen O’Brien is the Head of the Humanities Division at the University of Oxford. Her career pathway has been a more traditional one, being that she has been in research and academia since her career began. In fact, Karen and Becky’s careers briefly overlapped when they both worked at King’s College London.

Sexism in the workplace is something many of us will be familiar with. Throughout her career, Karen has often found herself to be the only woman in the room, feeling that she was expected to put up with certain things and “soldier on” rather than expecting attitudes and behaviours to change.

Karen studied her undergrad degree at Oxford and also her DPhil, before becoming a post doc at Cambridge and a research fellow at University of Pennsylvania. But Karen didn’t set out deliberately along a specific path, she told us that she didn’t have a career plan, instead following the path that presented itself to her.

Karen’s research posts took her around the UK and the world. It was while working at the University of Warwick, that Karen also met Christina Hughes (who Becky referred to as being a great mentor). Karen says that Christina is a generous woman, and it was while working with her that Karen felt she was able to flourish. It was also around this time that Karen had two children with her husband (who is also an academic). She feels the flexibility she had as an academic meant she was able to take the time she needed during these early years and is grateful for that freedom.

Before taking up her post at Oxford, Karen held posts as Pro Vice-Chancellor at Birmingham University and Vice Principal at King’s College London.

Before moving onto to questions, Karen summed up her top tips;

She closed by saying; “Academia has it challenges, but it should be an enabling workplace, and we should insist on that”.

Do you need experience from many different institutions in order to succeed as an academic?

You should only move around if there is a genuinely better offer, if you feel no one is looking out for you in terms of your career and next steps or you are not thriving for whatever reason. Remember that there is no such thing as the perfect place, and moves can end up being a trade-off between career progression and job satisfaction.

That being said though, by moving around you get to see how people do things differently in different institutions, which can help you understand best practice. It’s also an easier way to get promoted than waiting for internal moves to become available.

Secondment opportunities and placements are also great ways of getting experience of different institutions, without having to give up your current post.

Have you got any tips for how to be recognised for internal promotions?

Choose to be excellent at one thing rather than trying to do everything.

Provide the answers not the issues. We’re academics, so we’re used to analysing problems: if you are bringing solutions rather than issues, it can make you stand out.

How do you feel about your academic selves, do you still get chance to do any research?

It’s inevitable that your research time gets squeezed when you take up senior academic posts. Once you’ve taken up a VC role, it’s pretty much game over in terms of your research.

At UCL, all of the Deans are still regularly publishing, but that’s because their positions are still based on academic credentials, rather than simply management skills.

Some people find setting up ‘meetings with research’ can help protect time for research activities; “Oh I’m sorry, I have a meeting which is in my diary”.

But to be honest, when you are in a senior post, you have to deal with crises all too often, and no matter who you’ve got in your diary, you’ll have to move it!